Karen Marshall shares her first-hand experience as a teacher and mother dealing with the range of new recorded examinations.

For all instrumental music teachers, 2020 brought about gigantic levels of change in daily working life. As well as the move to online teaching and the need to increase understanding and use of digital platforms, along came changes in examinations as never seen before.

For the first time, all the music exam boards (including Trinity College London (TCL) and the Associated Board of the Royal Schools of Music (ABRSM)) joined the Music Teachers’ Board (MTB), London College of Music (LCM) and RSL Awards (RSL) in offering recorded exams. The ABRSM also moved their theory exams for Grades 1 to 5 to a digital platform, available in real time. MTB – previously unknown to most teachers – suddenly became an examination board many teachers started to seriously consider (see page 30). As a teacher, I have had first-hand experience of recorded examinations with three boards: LCM, TCL and ABRSM, with dozens of examinations completed and many more in preparation.

Exam boards were learning on the job (and arguably still are). TCL needed to ditch the algorithm that affected their first batch of recorded exams and parents and teachers continue struggling with their complex booking system. LCM experienced major difficulties with issuing certificates, with examinations almost halting as they moved platforms and results appearing in spam folders. For the ABRSM, there were significant problems with the online booking system and the new pilot digital theory exams experienced vast teething problems. Across these boards, I have (like many on social media) found the marking of recorded exams variable. And most importantly, comments can seem harsh and lacking in encouragement, leaving candidates upset and deflated – a serious worry given the mental health concerns of the pandemic.

So I recognise that for teachers and (most importantly) their students, the previous year hasn't been plain sailing! To be balanced, patience needs to be shown to the exam boards – who are, after all, trying to do their best in an unexpected situation. Moving online must have been a huge undertaking and they have at least provided something.

Half of my students won't engage in recorded exams, citing not wishing to have themselves recorded, perfectionism issues and feeling silly performing to a device. A quarter of my students only want to do recorded exams and don't want to return to face-to-face. The advantages are not having to deal with nerves, along with the opportunity to do several takes. The other quarter don't care what type of exam they do.

Speaking as a parent, our youngest was due to do a musical theatre exam. In the end she admitted she felt silly and didn't want to sing to a camera. We've not entered her. Our eldest child, who is in Year 13, already has the offer of a place at one of the Royal Schools of Music. Not being able to do her Grade 8 singing due to lockdown, she did the Grade 8 performance as an alternative.

The performance had to be done in a recording studio to be legally permissible under lockdown rules. This affected the acoustic considerably, which in turn affected tone production (very different to the church setting where the examination would have taken place). With no reverb or editing permitted, this is contrary to what a studio is set up to do. As we wait for the result (due any day) there is greater nervousness compared to previous years when more rehearsals with the accompanist were possible (she only rehearsed for the first time on the day with the accompanist), there was an acoustic easier to perform in, and there was a live examiner to perform to.

Parents are having to make recordings themselves due to lockdown. It can sadly (as widely reported on social media) cause conflict between parent and child. Some of my parents have requested (prior to lockdown) that exams are recorded in weekly lessons. They prefer not to be involved. A number of parents in my practice have had to bring their children to my cabin in the garden (which has an acoustic piano) to record the exam because home recordings on a digital piano fail to give sufficient dynamic contrast and also lack tone. 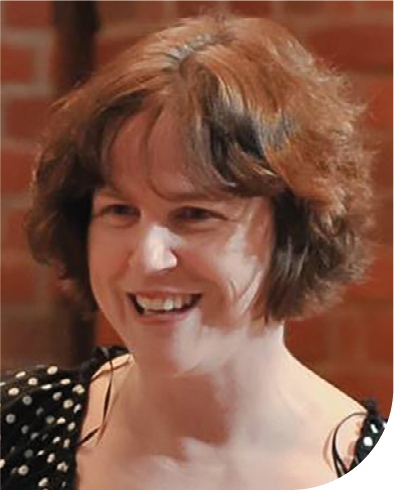 ‘A quarter of my students don't want to return to face-to-face’: Marshall

For one recorded examination, the report included such negative remarks it was decided by myself and the parent to simply not show it to the child, even though the early grade student got a distinction. The WB Yeats quote, ‘I have spread my dreams under your feet; Tread softly because you tread on my dreams’ was very much in my mind, as was the fact that we were again in lockdown (this was last November). Without the same kind of social support and with the intensity of having to work continually at a screen, children are simply not as emotionally resilient to criticism as they once were.

For some students in my practice, recorded exams have not been positive. With permission to share, here are a couple of the text messages sent to me while recording: ‘I think I am going to pull my hair out!’; ‘Is this good enough to pass? I just can't bear to do it anymore.’

For other students, recorded exams have been positive, however. Here is a quote from one of my Grade 6 students: ‘For me, the nerves are a big part of the exams, and losing most of these gave me the ability to focus purely on the music I was playing, and not on what the examiner was thinking.’ This student wants to do recorded exams moving forward, and several other students are planning to do the same.

What about sight-reading, aural and scales?

If you are doing ‘pieces only’ exams, it's so important that these are still covered. Within my own practice, I've turned to teacher assessment using resources from E-Music Maestro for aural and the Faber Music PianoTrainer Scale Challenge, which is free. Sight-reading is done using easier repertoire.

Is a recorded exam actually a performance?

Here are the thoughts of a well-known recorded artist and examiner of more than 30 years: ‘Apart from the obvious role that acoustics play, the source of the sound, its capture, manipulation and reproduction all play a part in determining the perception of a recording. Professionals learn to adapt their way of playing when recording for an optimal result. No professional musician undertakes a recording contract on the understanding that there will be one take only with no editing. They have an entirely different process that results in a different kind of performance. This doesn't happen in an exam situation. It is a live performance, but [at the same time] it isn't, because there is no audience. It is a recorded performance, but [at the same time] it isn't, because you are not allowed retakes or editing.’

Only what is heard can be marked by the examiner, but recordings are not a prefect representation of what has been performed, for many reasons. My son works in audio professionally and says: ‘If a standard phone is being used to video [including recording the sound], compression will occur which affects the dynamic range. Improve this by using an external microphone such as the Shure mv88+. Be aware that acoustics also play a massive part. If it's a dry acoustic then it will sound pretty dead. We allow for this by adding reverb to recordings, however this is not permitted in a recorded exam.’ This obviously has big implications in terms of accessibility if achieving high marks for your dynamic range is dependent on being able to buy extra equipment.

UCAS points and lack of moderation

For many Year 13 students, recorded examinations are the only option – there's no time to do it next session. As a year 13 parent, I am aware of what Pearson and other boards are doing to moderate my daughter's qualifications with her teachers’ input, so it is a surprise (when music exams also provide UCAS points) that nothing is in place for Grades 6, 7 and 8. There is no allowance for the lack of face-to-face lessons, no allowance for lost learning, no allowance for a dry acoustic, no allowance for fewer opportunities to rehearse with the accompanist and no opportunity for a teacher assessment to be considered. Surely students taking music grades are disadvantaged compared to previous years?

What can be done to create a level playing field in recorded examinations, bearing in mind poor acoustics and compression caused by the recording device (not to mention the device and acoustic the examiner is using in order to assess)? Have examiners been trained to deal with these new issues?

Given the mental health issues caused by the pandemic, how can exam boards make their examinations more people focused (with more encouraging comments) and less impersonal and process oriented?

What can be done to ensure this year's students (especially those receiving UCAS points at the higher grades) are not disadvantaged?

My limited experience of recorded exams makes me feel that they are perhaps a blunter instrument than the face-to-face alternatives. As teachers and parents, we need to ensure the right product is used for the right student – especially now that mental health is such a serious concern. Ironically, for students whose nerves make performing a challenge, recorded examinations can be a good option. For the confident performing musician, a face-to-face exam is definitely my preference.