Thompson's 'Tom-Toms': To cancel, or not to cancel? asks Althea Talbot-Howard (part one).

Greetings! Here's a big question for teachers both new and experienced: ‘Which tutor book should I use?’ My instinctive answer to a rookie would be to use the books your teacher used with you. They helped to form you as a musician, so you should unconsciously know your way around them, even if you can't remember them that well. There is so much to take on board at the start of a teaching career that an unfamiliar tutor book may prove disorientating, unless much time is available for lesson preparation.

When I started teaching 30 years ago, I headed straight to my well-remembered The School Recorder Book 1 (UK, 1962/1995) and A Tune a Day for Oboe/Violin (USA, 1933). A Tune a Day was already 43 years old when I learnt from it. Today, it approaches its centenary!

These three classic books carry no illustrations worth mentioning and are printed in greyscale. They are valuable for slightly older children (aged 8 upwards) on the basis of their serious musical and technical content. Contemporaneous with A Tune a Day are the American John Thompson piano books. Although my aged edition of The First Grade Book contains charming 1930s-ish illustrations and pieces, other volumes are problematic.

I remember my first encounter with 'Tom-Toms' (known prior to the 2019 edition as 'Indian Tom-Toms'). It features towards the end of the Easiest Piano Course Part Two. I studied the piano as an adult, so this was not a childhood tome. Its newly illustrated edition had looked appealing to young beginners, so I had purchased it. The first questionable item I came across was 'Ten Little Indians', now rendered as 'Ten Little Dancers'. When the first pupil arrived at 'Tom-Toms' I set it, based upon the hands-together content. Another child also got to learn it. The two children loved it and practised with enthusiasm.

In the 2007/8 edition, the old illustrations of Indigenous Americans with headdresses and minimal clothing had been replaced by colourful creatures, which still feature. In 2019, the titles of both pieces were changed. 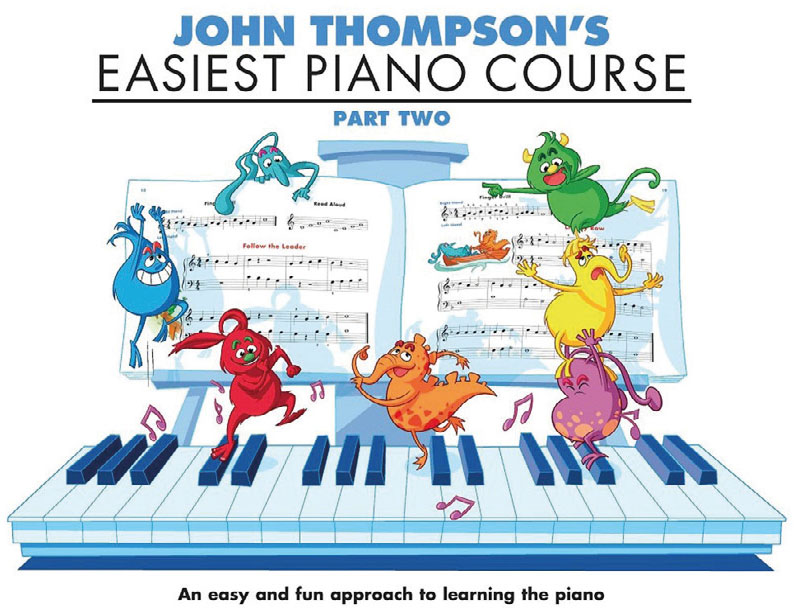 At the time (about 13 years ago), I thought that 'Indian Tom-Toms' was both dubious and dated. All-in-all, I didn't like Part Two as much as Part One and developed a habit of pulling children off it after the middle, to transfer them to The First Grade Book once they had explored a few other hand positions and could find their way down to C3. Thus, I avoided any further encounters with 'Tom-Toms', and soon forgot about it.

This month's column has brought it back to mind. Also, I have recently studied Indigenous American music while preparing to compose a piece for oboe, viola and piano called The Lost Tribe, which received its world premiere in the USA at the beginning of February. It is based upon a poem about the original inhabitants of Manhattan: the Lenape.

I studied Lenni-Lenape Delaware and other Indigenous American music carefully, seeking to understand their gestures, rhythms, harmonies (if any), and so on. Nowhere, however, did I find anything that sounded remotely like Thompson's 'Tom-Toms'. Indigenous music frequently uses the minor pentatonic scale – his music contains semitones. Some Indigenous American music has no rhythmic counterpoint at all; or – in complete contrast – complex monodic polyrhythms. Thompson's music contains droning, repetitive LH crotchet open fifths. In short, (Indian) 'Tom-Toms' appears to me to be musically inauthentic.

Having done some research, I find that I am not alone in thinking this. Nonetheless, 'Tom-Toms' powers on from one decade to the next, as popular as ever – judging by the 50-plus videos that came up on my YouTube search. For the record, a near-identical Thompson piece is 'From a Wigwam', in a different volume.

We are going through a major paradigm shift at the moment with regard to issues of diversity and inclusion in classical music, and this has finally become an important matter. Tactless or deliberately obtuse music choices may lead to a confrontation with management (in a music school situation) or the substantial loss of self-employed business, as offended parents and their friends depart.

There are a number of issues to consider when examining racially and culturally sensitive pieces, so I plan to explore them in a future column, rather than stating in this one whether or not such material should be completely removed, or whether Thompson's publisher's sanitisation actions are appropriate or sufficient. So, please join me in the months to come. With best wishes, Examining change: What is ABRSM doing to decolonise?