Imogen Williams from Lewisham Music returns to MT's mental health and wellbeing column with an update on the recently launched Sonic Minds programme for young people.

In the September issue of MT, Lewisham Music was delighted to announce the new Youth Music funded programme, Sonic Minds: a two-year programme aiming to support hundreds of young people across Bromley, Bexley and Lewisham through collaborative songwriting and music production. With mental health and wellbeing at the core of the project, Sonic Minds was created to help children share their stories, celebrate their identity, and express themselves through music, as well as to contribute to the ever-growing research around the impact of music on the mental wellbeing of young people.

A connection to their identity

Sonic Minds is now well underway at Lewisham Music. So far, it has delivered a creative songwriting project with Bromley Children Looked After Service, led by artist facilitators James Yarde and Alice Hale and a songwriting and music production project with Bexley Virtual School for Looked After Children, led by artists Damien Cooke and Alice Hale. As can be seen from the lyrics and drawings, both projects were full of creativity, discussion, and expression.

Among the array of positive feedback and reports from the sessions, artist facilitator Hale spoke to us about a particularly special moment during the delivery of the project: ‘We took the Bexley UASC (Unaccompanied Asylum Seeking Children) group to visit the collection of instruments at the Horniman Museum. The youth engagement co-ordinator had put out a selection of instruments from North Africa (most of the group were from Chad or Eritrea) for the group to explore. Everyone chose an instrument and we sat in a circle and started playing.

‘One of the young people, who had only been in the country two weeks, played a drum and immediately started singing. He completely lost himself in the moment. Everyone stopped and listened – it was beautiful. This young person's English language skills were limited so one of the other young people translated that it was a prayer and singing was part of his worship at home. The young people were really energised by that session. All of them found instruments and artefacts that reminded them of home. Finding that connection after the disconnection and trauma they'd been through must have been so important to their sense of identity, and hopefully made them feel more welcome in their new environment.’

As well as incredibly positive and moving reports from members of staff, strong outcomes were reported through pre- and post-participation questionnaires, indicating improvements in the following dimensions: 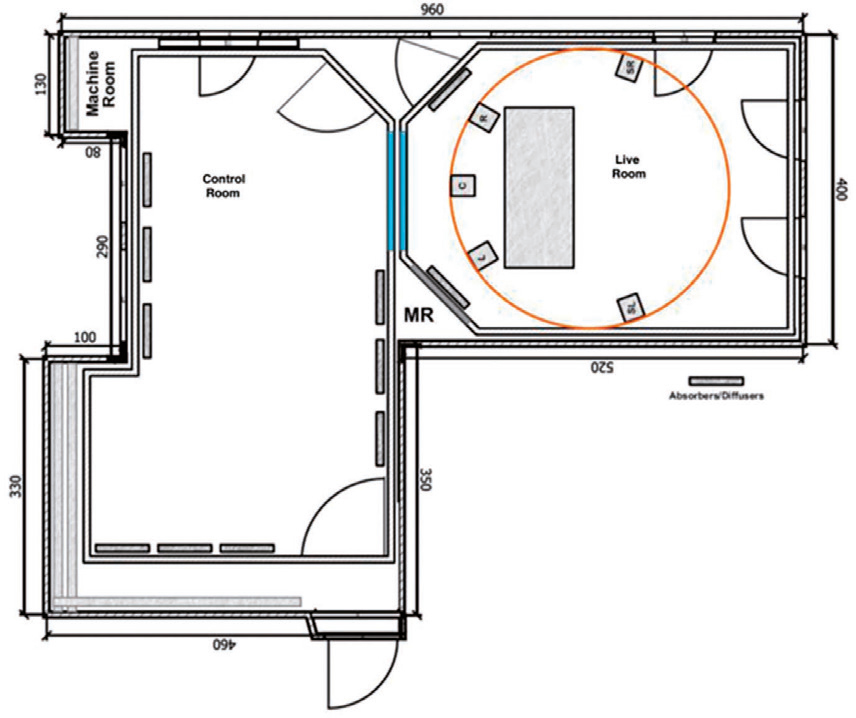 A song written by young people as part of the project

This data indicates a wide range of successful outcomes achieved with the participants of Sonic Minds. On the findings, Keith Sykes, community music manager at Lewisham Music, says: ‘They are especially welcomed based on the demographic profile of participants focusing on those who experience additional barriers to participation in mainstream settings.’ Naturally, these findings only come from data across the first two cohorts of young people, so will continually be updated as the programme continues, but we are thrilled to be already evaluating notable positive change.

As mentioned in our last article, as part of the programme sound designer and installation artist Gawain Hewitt is creating a physical sound installation to showcase the projects, co-designed with the young participants. The designs for ‘The Sonic Brain’ are well underway with proposed creation in January 2022. Summarising the installation, Hewitt says: ‘The piece is an interactive sculpture of a brain that floats above a steel platform. Celebrating the plasticity and unknowable creativity of the brain, floating, yet anchored, its purpose is to advocate for the project participants – to allow their music and sounds to be presented as art, elevated and celebrated – while they remain safe and anonymous.’

We are incredibly inspired by the progress of Sonic Minds so far and our findings only affirm that music creation has undeniable benefits on the wellbeing and mental health of young people. Above all, in a time when young people have faced extreme isolation, displacement and trauma, and with the refugee crisis rising, we are proud and thankful to be delivering a safe space for these children to explore and communicate their feelings and stories.