Reason Studios (formerly Propellerheads) has announced the latest version of its flagship software – also known as Reason. At one point, Reason could be found in schools and colleges up and down the country due to its excellent selection of instruments and easy-to-understand interface. The ability to now use it as a plugin within another DAW means it's back on my regular software list.

The key new features that are expected are an entirely new sampler (the current samplers are quite complicated), an overhaul of the graphics, and a complete update to the Combinator instrument. For those who don't know, the Combinator allows users to group devices together in one ‘instrument’ and play them all simultaneously. It's a very powerful tool, so an update to this is exciting. Expect a full review at launch.

Numark has updated its entry-level DJ controllers with the Party Mix II and the Party Mix Live. The key difference between the two is the inclusion of built-in speakers in the Live model. Both models feature two large platters for scratching, jogging between tracks, and other tasks in which a wheel is helpful. Both devices include a crossfader, basic EQ and effects, and a really cheesy light show!

I have the original version of this and use it regularly in lessons involving DJ skills or the history of hip hop. It's quite a cheap unit – and this is reflected in the materials it's made from – but it's a really great teaching tool. The latest version includes compatibility with a wide range of DJ software and it integrates with a wide range of streaming platforms. Just remember to turn the light show off in class! 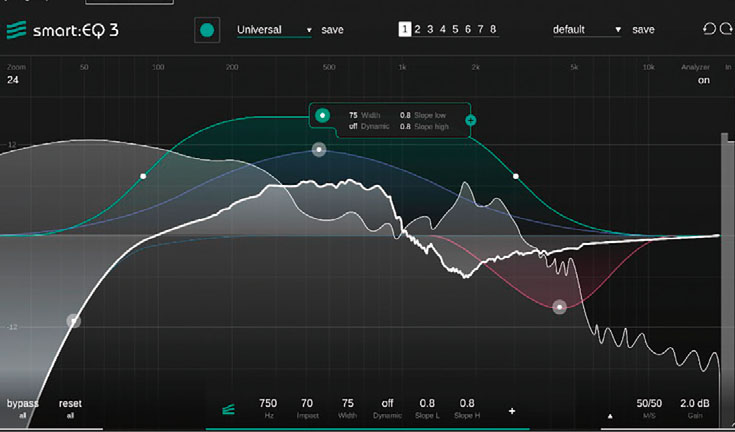 Pigments is the flagship synthesiser from French software and hardware manufacturers Arturia. Arturia is best known in the software world for its faithful software recreations of famous electronic instruments from the past. However, the team also make their own synths that draw on that knowledge and then add something more. Pigments is their own take on the best bits from every synth in the world.

Version 3 incorporates something called Additive synthesis in addition to all the forms of synthesis available (subtractive, wavetable and FM) that Pigments could already do. There are additional new effects including the legendary Roland Chorus sound. This is a very powerful synth and not for the casual user – but for Level 3 students looking to explore electronic music, this could be perfect.

Antelope Audio is a high-end audio company which, unless you're into music tech as much as I am, you're unlikely to have come across. However, its latest product, the terribly-named Axino Synergy Core (it sounds like middle-manager speak) has some nice features that could be of interest to the education market.

USB mics are nothing new, but the Axino combines a very high-quality mic with an audio interface capable of 24-bit/192kHz conversion. But its biggest trick is the ability to emulate a range of other hardware in post-processing. It can emulate Neumann U87 microphones, apply emulations of Neve 1073 preamps and 1176 compressors. This mic could be great for capturing performers simply, but without compromising on quality, and could be perfect for remote sessions when you don't have access to a studio.