Are you looking to diversify your music teaching practice? Piano teacher Charlotte Way did just that, bringing 1:1 lessons to busy office workers (and studying for an MSc to back up her hunch).

Perhaps there's no better illustration of music's restorative power than that given by Einstein's wife, Elsa, who described how ‘whenever he became weary in the midst of his work he went to the piano or picked up his violin and rested his mind with music’.

Having taught the piano mainly to youngsters for many years, I had the opportunity five years ago to expand into workplace teaching. This came about because a private piano student of mine mentioned that his company, Man Group plc, had some keen pianists among its executives and had installed a piano in the office for when they wanted to take a break.

My experience of teaching adults had shown me how much they value learning a musical instrument and I felt that many would love to be able to play but don't have time to organise lessons. Thinking that the answer could be to deliver them to the workplace, I offered to pilot a course of one-to-one lessons, available to all employees.

I began teaching one day a week on a conventional piano with a silent system placed in a meeting room. Happily, the lessons proved popular – one day a week soon became two, and it wasn't long before a room was designated for music. In this way, the company enabled the delivery of lessons while the students paid for them individually.

Soon after this, I suggested organising some music for the office Christmas party with some of the pianists and other instrumentalists taking part (plus there was some singing of course!). Having got together for this event, the band continued to meet (and guitar lessons also became available from another teacher), so music-making was gradually becoming an established part of the company culture. My next step was to introduce piano evenings – informal recitals for those students who wanted to play to each other and to a small audience, and these also proved useful and enjoyable.

It is important to highlight the fact that my teaching style for adults is unlike my approach to children: it's a different kind of contract. Adult Students are choosing to learn for themselves and are highly motivated. It's true that they don't always have as much practice time as they'd like, but I understand this, so one of my rules is that they don't have to apologise – I don't want them to come to a lesson feeling guilty.

There are always productive ways of making and learning music even when a student hasn't been able to practice. With adults it's also possible to discuss topics such as learning styles, music theory and history in far more detail and depth than would be appropriate for youngsters; this adds a further level of interest.

Alongside my teaching, two years ago I signed up for the MSc programme in Performance Science at the Royal College of Music, and in part-fulfilment of this I chose to investigate the impact of one-to-one music lessons in the workplace. While the benefits of music-making and learning had been amply demonstrated for various groups including children, the elderly, and those with specific medical needs such as Alzheimer's, as far as I could discover, the impact of such activity in the workplace was uncharted.

With the focus on wellbeing, stress, and creativity, I used an anonymous survey to collect data on employees’ attitudes to the availability of music lessons and conducted a series of interviews with music learners to gain more in-depth insights into their experiences. 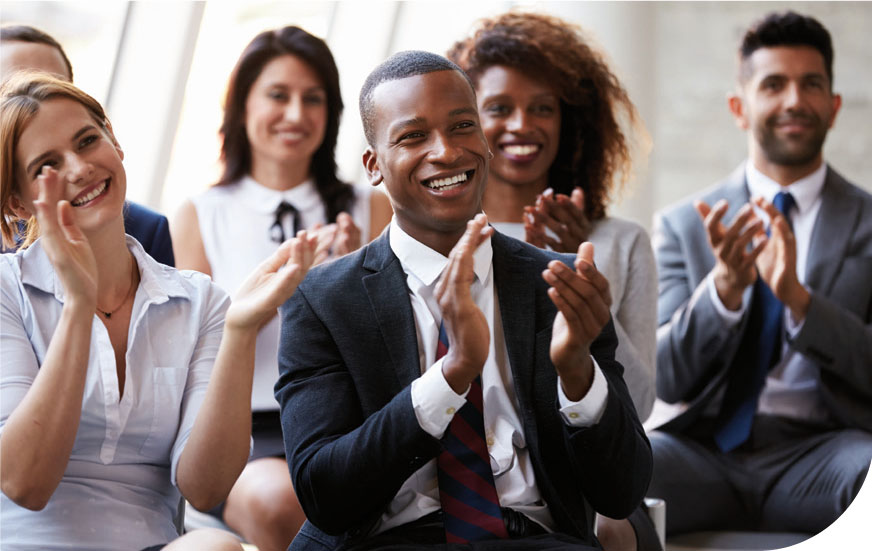 The results were very positive, showing a high level of support for the provision of facilities to make and learn music, even among those who weren't actively involved themselves. For those who did engage, the opportunity was very welcome, especially as long working hours make it difficult for employees to take lessons outside the workplace. Employees find it a really effective way of taking time out.

One student said: ‘At the time it can feel like it's too stressful to take the time to go to the lesson, and sometimes I would think of cancelling, but it's so worth it when I go. It slows everything down – I'm more clear, productive, can prioritise better, and am happier.’

Although it could be argued that the benefit is simply due to taking a break, there is considerable evidence suggesting that learning music (as opposed to, say, having a game of ping-pong) is uniquely beneficial because of its multi-modal nature – it requires us to ‘think, feel, and do’ simultaneously, which, while challenging, is part of its appeal.

Many responses to the survey described the intense concentration and absorption required – the key point being that responding to a challenge that is at a similar level to work, but in a different domain, provides a more effective break than simply relaxing or going to the gym. Playing an instrument is just too absorbing to be able to think about anything else at the same time.

Also, there is less anxiety of possible judgement or competition than might be associated with work. The rewards are clear: ‘My job involves me sitting at my desk on the computer or making calls. Therefore, being able to think in a different way is incredibly powerful … [it] not only benefits my work but also my mood outside of work.’

‘It makes me use my brain in a totally different way from when I am working. It is both challenging and relaxing at the same time. I can almost feel the cogs whirring in my brain in order to make new connections, which has to be a good thing as you get older!’

Students are motivated by a variety of stimuli. For many, whether starting from scratch or resuming lessons, they are doing so in response to a long-held wish. While a few like to sit exams, most are happy to play for their own pleasure and enjoy using the performance opportunity provided by informal piano evenings as a progress goal. These occasions also help employees to get to know each other better, creating a community within a community. Several cite music as a way of connecting with others, for instance playing in a band or piano duets, and for some it's an activity to share with their children.

In response to the piano lessons in the workplace, Sandy Rattray, chief investment officer of Man Group plc, said: ‘Introducing music in our offices five years ago really added a new dimension to many of my colleagues’ working lives. We have provided instruments (in our case a piano and guitars), a room for lessons, and some wonderful tuition and this has allowed many of my colleagues to rediscover the joy of playing music. For some it has allowed them to learn for the first time, perhaps addressing something they missed out on in childhood.’

Given this evidence demonstrating the worthwhile nature of this work, I would encourage more teachers to think of expanding into this largely untapped area. Here are a few considerations and practical suggestions:

The company must be prepared to invest in the project: to provide space and instruments (with silent options), to be happy for staff to take a short break during the day and to be your (the teacher's) champion.

It's helpful to stick to visiting the workplace on set days of the week, but also show a degree of flexibility if students need to swap slots – I usually send out a schedule at the start of each week so that they can swap among themselves if necessary.

It's important to create a ‘non-school’ ethos – students shouldn't feel guilty if they haven't had time to practice, so there's a need to be understanding about the demands on their time and to have a repertoire of musical activities which are challenging and fun, such as duets, playing by ear and simple improvisation. There might also be scope for more group music-making and your role becoming that of ‘musician in residence’ if that suits your skill set.

And of course, sharing your love of music-making must be paramount!

Benefits to the company

COVID-19 UPDATE: Since the beginning of the pandemic, the piano lessons have continued remotely for students who have access to an instrument. In many cases, less time spent travelling has meant more time for music practice. Two students have started learning from scratch, while others describe how having a keyboard near their desk means they can take regular short breaks to play the piano during the day. We're looking forward to meeting each other again in person!