NPME: All going according to plan?

Now we know that the long-awaited refreshed National Plan for Music Education is coming ‘early next year’, Claire Jackson takes a look back at the original NPME and provides a whistle-stop tour of what’s happened since its publication in 2011.

'Great music education is a partnership between classroom teachers, specialist teachers, professional performers and a host of other organisations, including those from the arts, charity and voluntary sectors,’ wrote the then secretary of state for education Michael Gove and Ed Vaizey, minister for the now-defunct Culture, Communications and Creative Industries in the introduction to a 55-page document entitled The Importance of Music: A National Plan for Music Education.

‘For this reason the creation of a National Plan is necessary to help us to bring together all of this expertise in a focused way for the benefit of children and young people across the country,’ concluded the editorial, ushering in a government policy that saw, among other things, the start of music education hubs and a significant redistribution of funding. The National Plan for Music Education (NPME), first unveiled in 2011, is about to be updated following an extensive period of consultation. In the wake of some of the toughest teaching conditions in recent history, can the NPME 2.0 address some of the shortcomings of its earlier incarnation?

The NPME was the love-child of the Lib-Dem/Conservative coalition government, born out of Darren Henley’s much-touted recommendations. The Henley Review made multiple practical suggestions as part of the national plan, such as a centralised national purchasing system for musical instruments to be loaned to schools. Having experienced biting austerity cuts since the 2008 financial crash, the arts sector was dubious about any further upheaval. Gove was also beginning to garner a poor reputation within the teaching profession for his attempts to overhaul English education. (This came to a head a few years later in 2013 when the Association of Teachers and Lecturers Annual Conference passed a motion of no-confidence in Gove; this was repeated at subsequent National Union of Teachers and National Association of Head Teachers events.) 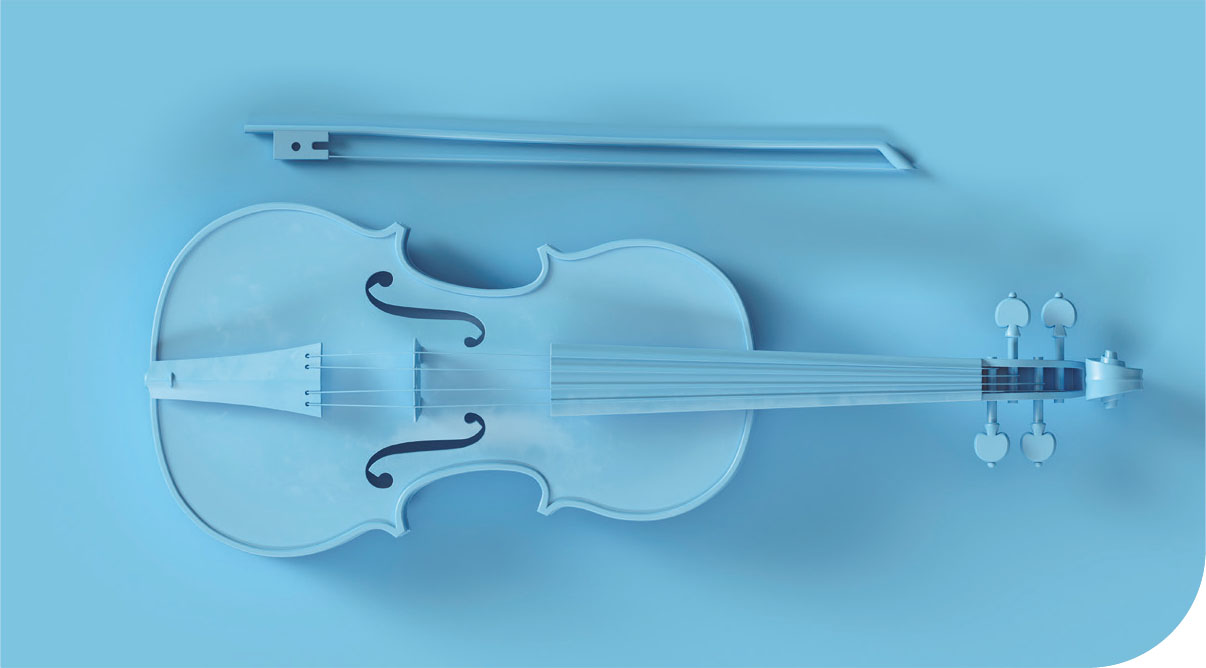 The introduction of 122 music hubs – the biggest structural change brought about by the NPME – was intended to ensure that every child aged 5 to 18 in England and Wales had the opportunity to learn a musical instrument, play and perform in ensembles and sing in choirs, which generally requires assistance from specialist services. The hub system replaced the previous ad hoc music service provision, conceived to support school staff development, deliver an instrument loan service, and generally offer access to expertise. On the plus side, the hub system ring-fenced central funding – albeit an ever-decreasing trickle. Arts Council England (ACE) was put in control of the purse strings and music services had to ‘audition’ to become official hubs. In the January 2012 edition of MT, shortly before the hub system was finalised, then editor Chris Walters was cautiously optimistic: ‘The new hub-based system could work well, with stronger music services standing a good chance of becoming hub leaders; meanwhile, weaker music services will be obliged to prove they are up to the job.’

But as the months wore on, the teaching profession repeatedly expressed concerns that the NPME was just a mask for further cuts. The plan was fine-tuned, adding elements such as additional music modules at initial teacher training for generalist primary teachers and there were some efforts to reduce the emphasis on classical music and diversify topics within the curriculum. At the start of the 2012-13 academic year, despite continued upheaval, the mood was broadly positive. ‘This National Plan is clear about the importance of music: it will ensure not just that more children have access to the greatest of art forms, but that they do better as a result in every other subject,’ trumpeted Gove and Vaizey, with the latter giving an exclusive interview to MT in attempt to smooth out underlying concerns.

However, even the ‘greatest of art forms’ was not great enough to be included in the English Baccalaureate (EBacc), a performance measure that only includes English, maths, science, language and humanities subjects. Initially proposed as a qualification to replace GCSEs, Gove’s EBacc is now widely used to calculate a school’s average point score. In an extraordinary home goal, the coalition government placed an educational emphasis on ‘academic’ qualification over the arts (and sport, IT etc) while simultaneously attempting to drum up support for the NPME. Policy rhetoric used words like ‘intellectually rigorous’, implying that art, drama and music were softer subjects. Opposition was drawn up along party lines. In his 2017 election campaign, Labour leader Jeremy Corbyn promised to introduce a new arts pupil premium for primary schools in England to ‘put creativity back at the heart of the curriculum’ as well as a review of the EBacc performance measure to ‘make sure arts are not side-lined from secondary education’.

The Incorporated Society of Musicians’ Bacc for the Future campaign, supported by 218 organisations, has spent much of the last eight years drawing attention to the crippling impact the EBacc is having on music education. ‘The EBacc is undermining creative subjects in our secondary schools,’ said ISM chief executive Deborah Annetts, founder of Bacc for the Future, calling on the government to ‘review the EBacc – a failing policy – and reform or scrap it altogether.’ The EBacc can be linked to the staggering decline of entries for music GCSE and A Level: 12,000 fewer students took GCSE Music in 2021 than in 2010, while music entries at A Level have fallen by 44 per cent since 2011.

It’s not only the ISM that has called on the government to review its position on the EBacc and the NPME. A 2019 report from the Musicians’ Union (MU) reveals the ‘perilous state of music education in England, caused by chaotic education policies that have created a postcode lottery in provision.’ Teachers and music managers who contributed to the report were highly critical of the government’s approach to music education, with concerns that promises of money will not be enough without a new approach. A Guardian article on the research quotes a letter written by a headteacher to parents, which stated: ‘Music is a hobby, it is not a career. It will not be supported by the school.’ 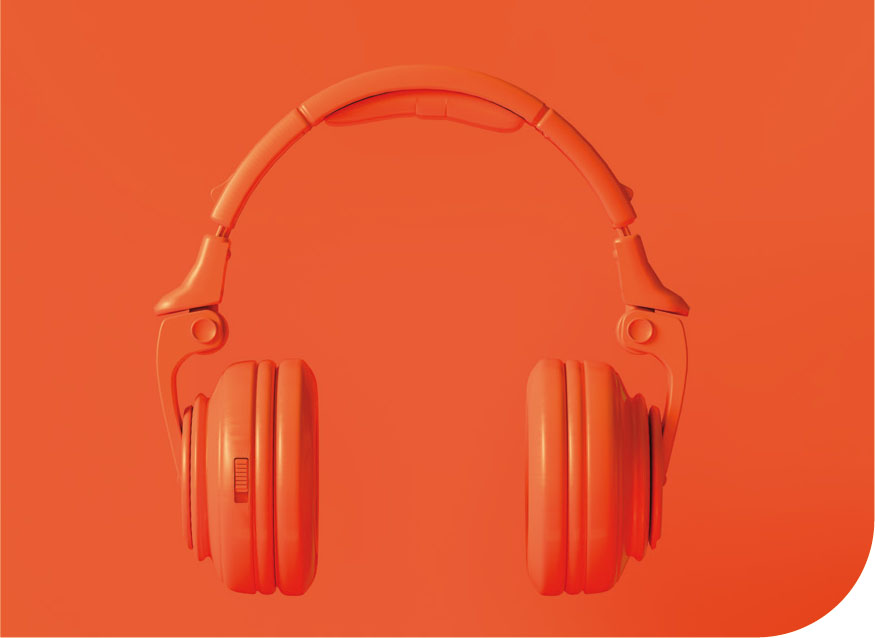 Progress to be made

Fewer teaching students are training as classroom music teachers – the number has dropped from 850 to 250 a year over the last eight years – while the peripatetic teachers who work for hubs are typically music graduates, seldom trained as teachers at all beyond occasional CPD. The original NPME sought to tackle this by introducing the Certificate for Music Educators qualification, but since this did not lead to qualified teacher status or any increase in pay for those who took it, uptake was minimal, especially as course fees were applicable.

The MU is pushing for better pay and contracts in the next NPME. ‘Hubs are currently free to engage teachers however they want, and since budgets are tight, this often means zero-hour contracts,’ says Walters, now the MU’s national organiser for education. ‘If the government is serious about high-quality provision, the engagement of teachers by hubs needs policy oversight. Teachers need to feel that their work is a career with progression and access to training, not just hourly paid tuition that is leading nowhere.’

Aware of the noise surrounding the NPME, the Department for Education (DfE) solicited structured feedback from a variety of stakeholders. Between 9 February and 15 March 2020, 5,191 respondents – including young people, parents and carers, teachers and those working for a music education hub – offered their views on the National Plan and music education hubs. ‘It is clear that more can be done to raise awareness of pupils’ entitlement to study music, with many parents in particular being unaware that music is a statutory subject from ages 5 to 14 in the national curriculum, as well as of the National Plan itself,’ concluded the report, published in August, adding, ‘While it is positive that around half of respondents said that music education is being delivered in line with the government’s vision, half of respondents did not, indicating that there is still progress to be made.’

In the meantime, in March 2021, a non-statutory Music Model Curriculum (MMC) was released, offering guidance for Key Stages 1–3. This was overseen by the ABRSM, who presided over a 15-strong panel headed by Baroness Fleet. The MMC sets out an expectation – or hope, seeing as it is not compulsory nor assessed by Ofsted – that pupils will have a minimum of one hour’s music teaching per week from Years 1–9. The response was mixed: while many welcomed the lengthy document, plenty of others pointed out that the MMC was useful only as a starting point – and that it demonstrated a lack of understanding in terms of resource procurement (see ‘The very model of a model music curriculum?’ published in the June 2021 issue of MT).

Then, in the summer, it was announced that Baroness Fleet would once again lead an advisory group, this time to inform the refreshment of NPME. The new panel (see boxout) comprises teachers, hub leaders, music industry representatives and other music education experts, including representatives from the National Youth Orchestra of Great Britain, UK Music, and Darren Henley, ACE chief executive (he of the Henley Review). At this stage, we can only speculate on the outcome, but while it’s unlikely there will be any major changes to the current hub system, there are set to be further efforts to ensure consistency of quality – delivery still seems to be at the mercy of individual senior leadership teams. One aspect of the current system that will be under review is the tendency to teach music at Key Stage 3 as part of a carousel, where it is taught in rotation with other arts subjects.

One thing that ministers, teachers, parents and students seem to largely agree on – at least in principle – is the importance of music. ‘Having the opportunity to be taught and play musical instruments is enriching and fulfilling,’ writes then schools minister Nick Gibb in an official statement, ‘I, like many others, wish I’d had a stronger music education and had more of an opportunity to play instruments in my time at school.’ (Gibb was contacted by MT but declined to contribute to this article.) Similarly, plenty of respondents in the call for evidence reference an interest in pursuing music as a career. Let’s just hope that none of these pupils attend the school mentioned in that Guardian letter. ‘An advisory panel is not sufficient’, says ISM on music national plan