The first saxophonist to reach the finals of BBC Young Musician of The Year in 2016, Jess Gillam's career has always been about subverting expectation and breaking down barriers. With her debut album ‘Rise’ becoming the first ever classical album to top the UK album charts, the Cumbria native is quickly becoming the most talked about artist in modern classical music. The star chatted to Eleanor Philpot about education and the unifying power of music

What has been the reaction to the album?

It was quite surreal really; it's been a huge ambition of mine to release an album and I was very nervous about it going out in the open as we've been working on it for a long time. It was such a lovely reaction from everyone – critics, family, friends and audiences. In the last six months especially, I've seen so many young people in the audience, as well as in queues after the concert wanting to say hello. It's heart-warming to see so many young people coming to classical music concerts.

You went back to Cumbria for the launch, was that a way of staying true to your roots?

Where I come from in Ulverston there's such a community spirit and it's very supportive. The people there have been encouraging me since I was very young, coming to concerts, even when I used to busk in Ulverston and play in the local hall. So, to go back home and release there felt very fitting! It was absolutely packed, there were people who have known me since I was very young, as well as listeners who have only recently started coming to concerts – there was such a wide variety.

Do you think your album might help young people to be more musically open-minded?

I would hope so! I believe that music is music and to me it's either good music or bad music and I try not to categorise if I can. One of the most wonderful things about music is the human connection it encourages. I think when we start to categorise music, it can become unhelpful – to look at the emotional reaction is the most important thing.

You now present a show on BBC Radio 3 – is this responding to a rise in young people becoming more interested in the genre?

Although it has young guests and I'm a young presenter, the premise of the programme is hearing performers and musicians talking about the role that music plays in their lives and why they reacted in certain ways to specific pieces and performances. I think it will appeal to all ages, as it's more about the human response, about the sharing of ideas and feelings about music, rather than being factual. Hopefully, the show will engage young people but also those who have been listening to classical music all their lives. I think that's one of the most incredible parts about music is that it can bring people together – it's a unifying form! 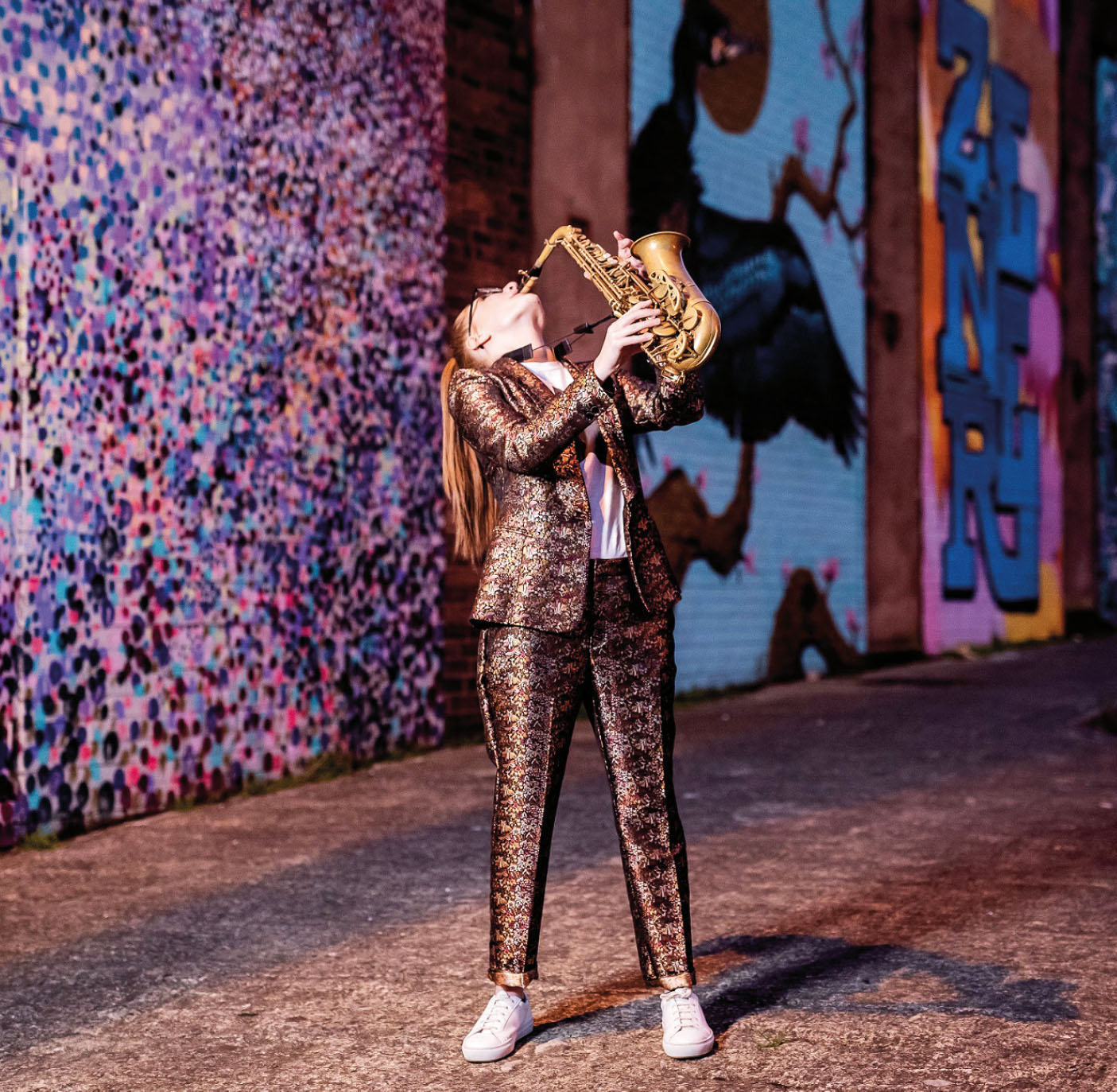 On falling in love with the sax as a child: ‘I still carry that excitement with me’

Your open letter in The Guardian about music education is so touching. What pushed you to write it?

As a young performer, I feel very lucky to have the opportunities I have had – whether its signing with Decca or having a management company – and all of that was down to the affordable music education I had as a young child. Now that I've been given this platform, I feel that I have a duty to ensure that the next generation have the same opportunities, as I benefitted hugely from music and learning an instrument.

You went around the country recently to do some Q&As and perform as part of your work with Awards for Young Musicians (AYM). How was that experience?

It was great! It was the week of the album release, and we did a workshop with about 10 to 15 young musicians, who played a variety of instruments, all awardees of the AYM. We did some playing and talked about it together as a group. It was so inspiring for me to see young people who are so excited by music. It's something that everybody can share – it's like a community. One of the brilliant things about AYM as well is that it facilitates young musicians meeting each other. Music is about collaboration and bringing people together and, as a charity, AYM really promotes that!

Do you think learning an instrument so young has been beneficial to you?

I picked up the saxophone when I was seven, at a carnival centre where my dad was working and there were drums, stilts, dance, costume-making and I came to saxophone last, because I tried everything else. For me, at that age, it was about joy, I was so excited about the saxophone as an instrument. All I wanted to do was just play with other people and learn and I think that has set me in good stead for now – I still carry that excitement with me in every performance. But I think you can start music at any age, and that's an idea I really support. A 60-year-old lady will come up to me after one of my concerts and say, ‘I wish I'd played the piano’ and I'll say, ‘It's never too late, you can always join the community at any time.’

Do you still find the saxophone just as inspiring as when you first started? 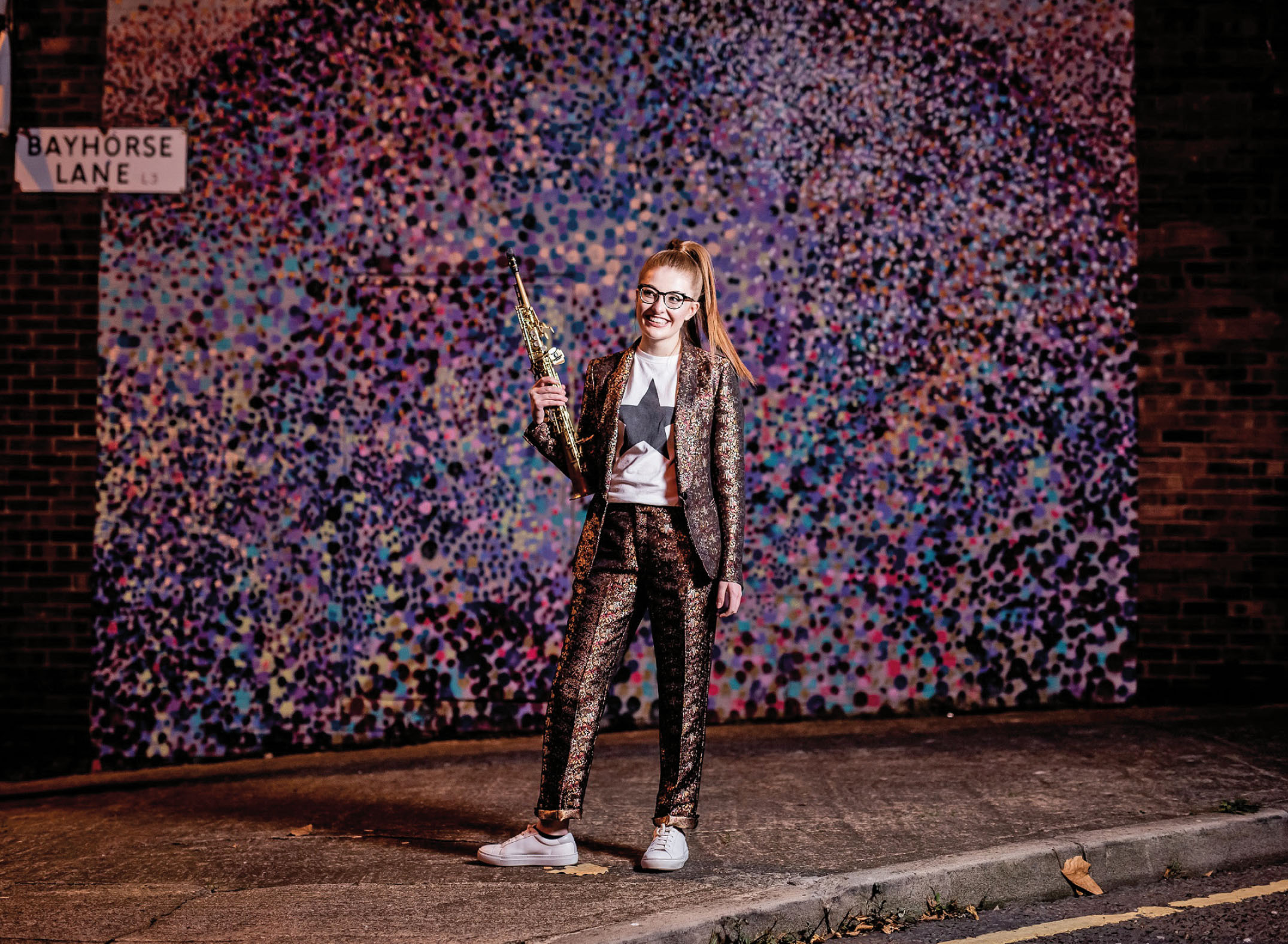 Jess Gillam was a BBC Young Musician of Year runner up in 2016, alongside Ben Goldscheider, with Sheku Kanneh-Mason taking first place.

It's an amazing instrument and I have such an affinity for it. It's just so versatile and I think that's what appeals to me, it can fit into so many different styles and genres. It's a chameleon of instruments. You can think that you know how your saxophone will react or what sound it will make, but it's full of so much sound and possibility! It has such a direct sound and it can project over anything but there are also many nuances and subtleties within that too, like a whispering voice.

Taking part in BBC Young Musician of The Year must have been incredible?

With that competition, it felt like a festival and celebration of music first and foremost; it was such a friendly atmosphere! Being in the final with Sheku Kanneh-Mason and Ben Goldscheider just felt like such an honour, they've both gone on to do such incredible things and we've all remained friends and stayed in touch.

I think the main thing that the competition taught me was to work out what kind of musician I want to be. I developed so much through the rounds and through the process as whole.

What's been your experience of the Royal Northern College of Music?

My saxophone teacher is John Harle and I've learned so much from him. Since he's the pioneer of a particular style of saxophone playing in Britain, studying and learning from him has been such an enriching experience. And not just with the saxophone either, but also with regards to studying music in general – whether it's trying to work out what you want to say with each piece, what emotion you're expressing, or what kind of sound is fitted to it.

Sometimes it's great to change teachers to have a different perspective, but when you're really engrossed in specific areas of your playing, then it's great to have continuity. For saxophone playing, there isn't really a comparison to John!

What advice would you give to young people making their first step in music?

To be as open-minded as possible, listen to as much music as you can, and see lots of live performances. Live music is where it's at for me, it's such an electric experience – there's nothing quite like it! Also, make sure to work out what you want to do or say with your music, and bring as much joy and emotion to it as you possibly can!